Exhausted. It’s been a whirlwind week attending premieres at the Toronto International Film Festival…for those of you who live in a cave: TIFF! I have many wonderful memories from this year’s festival, and the quality of the films has been exceptional. Two movies left, and excited for both: The Man Who Knew Infinity (historic mathematical biopic on Ramanujan) and Stonewall.

I’ll covers some of the highlights of the TIFF movies in next Wednesday’s blog, but in the meantime here are some pics from the festival. All pics are my own taken with my Samsung Galaxy S6… forgive the quality, but I think they capture some of the rawness of the live event. Many of these were taken from my view in front row centre of the theatre. 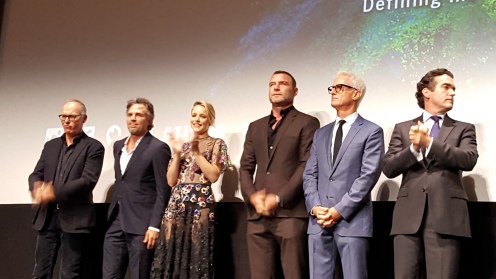 Cast of Spotlight at Q&A after the movie. 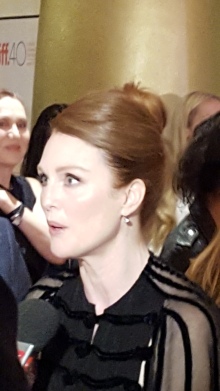 Julianne Moore chance encounter at the Princess of Wales theatre.

Michael Moore became emotional after opening of his new documentary Where to Invade Next. 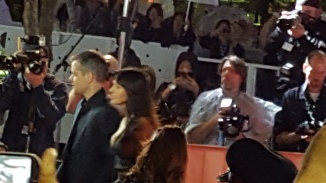 We saw The Martian and adored it. Missed opening night gala (the hottest tickets in town), but saw Matt Damon and Jessica Chastain on the red carpet. 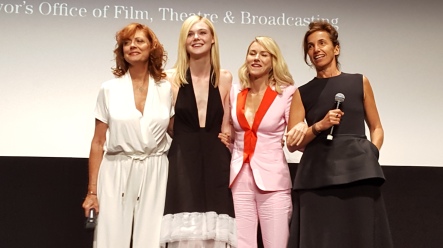 The cast of About Ray, a family dramedy about a trans teen.

The cast of Freeheld after the premiere.

Director and cast of The Danish Girl.

Director and cast of Man Down.