Another year, another TIFF. The 40th Toronto International Film Festival was terrific.  We only saw ten movies out of hundreds, but there were some strong ones in the bunch. 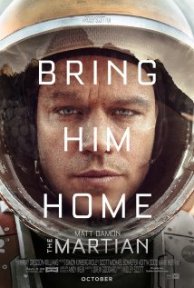 The Martian.  Real crowd pleaser. Sure to make a splash at the box office, and also wonderfully true to Andy Weir’s novel.  A+

The Man Who Knew Infinity. I loved this movie. It brought the story of Ramanujan and Hardy to life. Highly recommended. Above is number theorist Ken Ono coaching Dev Patel (Ramanujan in the movie). See my  full review. A+

Freeheld. Julianne Moore will likely pick up an Oscar nod for this story about a woman with terminal cancer fighting to have her pension given to her same-sex partner. A

The Danish Girl. Beautifully shot and acted film about Lili Elbe, who was the first transgendered person to undergo reassignment surgery. Eddie Redymane gives another tour de force performance after his TIFF debut last year of The Theory of Everything. A

About Ray. Topical, family story of a transgendered teen and his quest to obtain hormone therapy. Stand out performances from Elle Fanning, Naomi Watts, and Susan Sarandon. A-

Spotlight.  Great ensemble piece about the Boston Globe breaking the Roman Catholic Church sex abuse scandal. If you loved All the President’s Men, then you will love this too. Won 2nd runner’s up for the Grolsch People’s Choice Awards. A-

Where to Invade Next. Michael Moore roused up the audience, and this documentary with the deceptive title is no exception. This is Moore’s most optimistic movie to date. After the movie, Moore gave out  embossed pencils and applications to the University of Ljubljana (where foreigners can study for free). A-

Some others films with lots of buzz that I didn’t see:  Room, Trumbo, High Rise,  and Closet Monster.

So many movies, so little time!