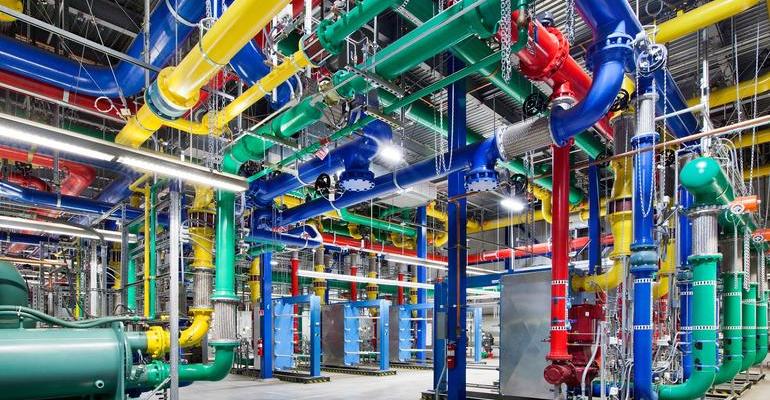 I dedicate this blog to my past, present and future post-docs and graduate students. Know that I’m proud of whichever career you choose. – AB

When I was a teenager in the 1980’s, there were comparisons between two British new wave pop stars Nick Rhodes of Duran Duran and David Sylvian of Japan. While the two looked similar, they were quite different musically. Rhodes’s music was relatable pop, as evidenced by Duran Duran selling over 100 million records. Sylvian sold fewer records, but was a poet, embracing ambient sounds and collaborating with legendary guitarist Robert Fripp.

Who was better, Rhodes or Sylvian? The answer depends on your point of view.

You might be wondering why I’m discussing 1980’s brit pop in a math blog, but I’m inspired by what I call the Rhodes-Sylvian dichotomy to explore the divide between a mathematical career in industry versus academia.

Industry vs the academy

Peter Winkler is an esteemed mathematician who worked for many years at Bell Labs. He’s now is a professor at Dartmouth College. At a conference, Peter and I chatted about the industry vs academic question, as I’ve only ever worked in academia and was curious about his experience.

Peter described research in industry as usually focused on one or a small number of projects, with a team of researchers attacking problems. Company resources are devoted to the current project, which can shift based on the demands of management. In an academic department, professors have competing and sometimes conflicting agendas. These agendas may relate to research or teaching or another part of the academy. Resources tend to be fewer in academia and so politics plays can play a role in decision-making.

I can corroborate Peter’s description on the academic side after having spent twenty years as a professor. In a typical department, school, or faculty, professors vie for graduate students, grant dollars, or other recognition. Those interactions may or may not be collegial.

Professors may have more freedom than their industry counterparts, working on problems that suit their fancy, although counterexamples exist. Salaries can be higher in industry. We’ve all heard the stories about epic salaries for junior data scientists.

Tenure is a rather extreme form of job security. While it is not unbreakable, it does provide a reasonably deterministic view of one’s own career path. For most tenured professors, the thought of losing their job or being reassigned to another department rarely, if ever, occurs to them.

The purpose of tenure is to give space and time to academics to pursue their big ideas without the fear of losing their jobs. Writing a book? Working on an in-depth research project that may take years? Not a problem if you have tenure.

In industry, there is no tenure. You can be fired, downsized, or reassigned. Profit is the goal of many companies that employ mathematicians, not academic freedom.

There is a recurring theme in academia, where professors spin-off junior versions of themselves via their doctoral students. Your mini-me will conduct similar research to you, teach like you, and may even share your views.

A Mini-me is spawned by the notion that following an established professor’s career path is the only way to be successful. It’s toxic, in my opinion.

We must be supportive of whatever career paths our students decide to take, whether it be academia or industry or something else entirely. There is no one size fits all career after graduate studies. I am as proud of my graduate students and post-docs who work in industry as I am those who are professors. It takes enormous intelligence and perseverance to complete an advanced degree such as a Masters or PhD, and our students deserve our support and respect during and after their work with us.

What path is right for you?

Only you can know. There always a million factors, some personal, some financial.

For graduate students completing their degrees or post-docs on the job market, I remind them that they have a relatively small window of time to land an academic job. I would guess you have about ten years after you complete your doctorate to find a tenure-track position. After that, you become less attractive to hiring committees as people will wonder why you haven’t done so already. Of course, there are exceptions, but I’ve been on enough hiring committees to report this.

Industry provides a fantastic career path for a mathematician, and I would never tell a student or post-doc that it is anything less. The pay can be good, the work is rewarding and challenging with opportunities for promotion, and (depending on your work demands) you can continue to publishing fundamental mathematical research.

Both Rhodes and Sylvian were successful, after all, in their own ways.

Industry will always be there. You can apply for a job in industry at any time, even right out of your degree. You have a window after your doctorate to pursue an academic job if that is what you want. If that is your dream, then make it a reality.

4 thoughts on “Industry will always be there”